When you’re focused on the best in yourself, you affect the culture of your relationships.

Own your Influence. Position Yourself. Magnetize Your Man!

Tell me if this sounds familiar:

You’re thinking to yourself, “This Can’t Be Life.”

Even if he’s out there “setting out” women, club hopping, and participating in all types of ratchet behavior, he can overlook these weaknesses in himself. But, he looks to you as the woman, to be the more angelic of the human species. He expects you to be above those things.

When a man encounters a woman like this, she inspires him. She gives him something to live for, a reason to work harder. She brings purpose to his life. It resurrects an instinct in him to protect and to provide for her. (I say resurrect because it was there originally; but, sometimes we women suppress it by not allowing him to do chivalrous acts, rejecting his offers and gifts, etc.)
You reign in a position of influence. But, before a man can have such deep and tender feelings for you, you must BECOME THE WOMAN who inspires those feelings.

The truth is that you hold the key.

Here’s what I know:

So, what’s holding you back? What’s blocking men from chasing you so you can turn around and catch’em? I think I know.
You’re afraid. Your fear is what’s holding you back. You’re wearing a “Do Not Disturb Sign” and you don’t even know it. It’s what’s blocking you from attracting men, and it prevents them from chasing you.
Like author Laura Doyle, says:
I hear you.
And, I know that if knowledge can cure, then lack of knowledge can sicken. And at this point, you’re sick and tired of being the single girl, or you’re sick and tired of casual relationships, and you want men to shape up in some way.
Remember, knowledge gives you the opportunity to change who you could be in the world. So, if this resonates with you, I want to champion for both your greatness and for your great love.
This is your invitation to step into your alluring womanhood as a member in the Feminine Allure Academy.

Feminine Allure Academy is a 12-month group coaching program that teaches you the core virtues of feminine allure. By practicing these virtues, you become equipped with the type of character that inspires a man, awakens his love, and drives him to chase you.

You’ll unlearn your habits that keeps men at bay, that keeps you feeling stressed and overwhelmed, and that prevents you from being a woman who’s taken care of.  You’ll discover your gift offering and learn the key to attracting the man who’s right for you and inspiring his devotion. You’ll identify your own feminine strengths and you’ll learn what it takes to preserve and even magnify your feminine allure.

When you enroll, you’ll start practicing the virtues that make you a fascinating woman. You’ll excite men, compelling them to chase you.
This isn’t some surface level course where I teach quick and dirty dating tricks.

I’m not teaching you to tap dance on glass tables. This isn’t some aggressive campaign to get you noticed.

It is femininity to which masculinity is FIRST attracted. So, in this program, I teach you the SKILLS that EVERY woman needs in her arsenal. These skills create an internal shift that preps you to attract the man who’s right for you and cultivate intimacy in your relationship.
After our work together you’ll be polished and prepared for whoever comes into your life, no matter what happens. And, more importantly, you’ll be positioned to attract your high-caliber man.
Like roller skating or learning to drive a car, drawing men to you and having a successful relationship is a teachable SKILL.
Here are some of the questions that this program will answer.
Click Here To Speak with Monique

Monique’s plan has allowed for a lot more grace on my end. I’m confident in my ability to offer emotional support. I’m expressing the things I want positively, and it feels more like now we’re having a conversation as opposed to a debate. 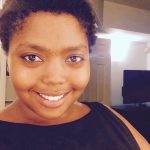 I sincerely enjoyed working with Monique. She always brings a combination of spunk, warmth, and vulnerability to our sessions. I feel like she understand my insecurities and my fears and has helped me get past them. 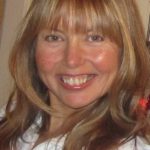 What does the Feminine Allure Academy include?

This program is for you if:

Wanting these things is not a shallow desire. Honor your feminine spirit. Learn the virtues. Work with me, because iron sharpens iron!

Monique has a gift in helping me understand and see things clearly. There’s so much clarity in everything she says and how she explains it. Now, I’m more aware of how I respond. I’m feeling more calm because I understand there’s a change happening within me and it’s allowing my man to respond to me with more care and understanding. It’s a breath of fresh air! 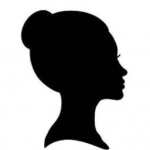 Working with Monique has been transformative. Before, I could see what was wrong, but I didn’t know how to change it. Now, Monique has given me skills that shows me there are other approaches to my relationship that will produce a better outcome for me. I’m so inspired. This process has been liberating. With her I don’t worry about being judged. I trust her. 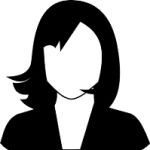